Why Are There More Foreclosed Homes in Orlando? 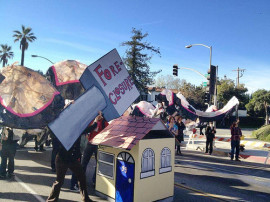 A cursory glance at Central Florida’s housing market would show a lot of positives from the last year. Construction has picked up and median sales prices are making steps in the right direction. Still, a different trend has preoccupied the attentions of many real estate investors — Foreclosures have increased for two months in a row.

A RealtyTrac report showed that first-time foreclosure filings in the Orlando Metro area have jumped 38 percent since September.

This was not an isolated incident either. First-time foreclosures were up 36 percent for the whole state during that time period. However, these filings were only up by 4 percent nationally.

(Learn how a short sale can be used to prevent foreclosure.)

What Could Explain All the Foreclosures? Experts believe that Orlando’s growing number of first-time filings could be linked to a foreclosure-expediting law that went into effect over the summer.

Immediately after the law took effect, there was a nearly 50 percent drop in first-time foreclosure filings. They have been picking up steadily ever since — Lenders just needed a couple months to adapt to the altered landscape.

“You tend to see a drop off in filings right away because lenders have to change their procedures, and that is followed by an increase in filings as lenders adjust to the new law.”

October saw hundreds more foreclosures launched by Orlando banks than what had been reported during the two prior months. RealtyTrac’s report showed 2,745 new foreclosures filing for:

1,232 filings were for properties entering the foreclosure pipeline for the first time — an 82 percent increase compared to August. Foreclosure notices may have jumped up in the last couple months, but they are still down by about 28 percent compared to last year.

Median sales prices for single-family homes improved by 24 percent — thanks in part to a shrinking pool of distressed properties — in the Orlando housing market. Reports from the Orlando Regional Realtor Association show median sales prices are at $155,475 — over $20,000 higher than last year.

Mark Soskin, a UCF economics professor, says it would be hard to identify a root cause for the foreclosure situation in Orlando. It could be that some homeowners don’t have the savings or equity left to handle a few major life expenses. It’s one reason why we suggest title insurance.

“More people are living paycheck to paycheck,” says Soskin. “They used to have home-equity loans to fall back on. … A lot of the things they used to be able to use to get out of a problem in the short or medium term are now the kinds of things that throw them over the edge.”

Despite foreclosures, the overall picture still shows good signs of recovery for Orlando. We suspect that this housing market will be one to keep an eye on in the next year.